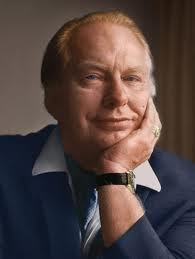 LRH highlighted this distinction in his estate plan and created a safeguard in Church of Spiritual Technology (CST) in case the church drifted out of alignment with the religion of Scientology. Here is how he defined the terms:

“‘Church of Scientology’ shall mean both those organizations and that group of organizations throughout the world which have as their primary and exclusive purpose the propagation, espousal and practice of the doctrines, beliefs, tenets, practices, applied religious philosophy and technology of the religion of Scientology, as the same has been developed and may be developed by L. Ron Hubbard, and to the accomplishment of its goals;” [1] and,

The word co-terminal means: having a common boundary. [3]

Do you think the Church of Scientology today is co-terminal with the religion of Scientology, as the same has been developed by L. Ron Hubbard, and is accomplishing its goals?

If not, feel free to express your opinion to the Trustees and Directors of CST.

The original trustees, all of whom were given lifetime appointments, are: Marion (Meissler) Pouw, Greg Wilhere, and Terri Gamboa. We know that Terri was replaced by Russ Bellin.

(Terri Gamboa did not resign and was still listed as a trustee in CST’s application for tax-exempt status 3 years after she blew[4] Int Base[5] over Miscavige’s abuses, unaware of her trustee powers over him.)

The “Special Directors”[6] were also appointed for life, and are California licensed attorneys. The original ones were: Sherman Lenske, Stephen Lenske, and Lawrence Heller, none of whom are Scientologists. The latter two have indicated to us that they are no longer special directors but Sherman Lenske still is. His mailing address is: Sherman Lenske, Lenske, Lenske & Abramson, 6400 Canoga Ave, Woodland Hills, CA 91367. His office phone number is: (818) 716-1444.

Based on our investigation, none of the trustees or general directors of CST have ever read the CST Bylaws and do not know their legal and LRH-appointed ecclesiastical duties. They have all been kept in the dark by and falsely convinced by both Miscavige and the special directors that Miscavige is the supreme ecclesiastical leader on all matters. This is another way of saying that LRH’s last wishes don’t matter and that secular law does not apply to them.

If you are a CST trustee or general director and want assistance in carrying out your LRH-appointed legal and ecclesiastical duties independently of Miscavige and the CST special directors, please contact us. We have top lawyers who specialize in religious corporation law on retainer who will assist you.

For more information on this subject, please visit Save Scientology’s website.

End Notes:
[1] CST Bylaws, Article II (Definition of Terms), section g.
[2] Ibid., section f.
[3] Dictionary reference
[4] “Blow” is Scientology term that means an unauthorized departure.
[5] “Int Base” is slang for Scientology’s Sea Orgnization facility, “International Base,” outside Hemet, California.
[6] A board of “Special Directors” is one of two unique features that were added “based on Mr. Hubbard’s review” of his estate plan, according to a sworn declaration of his estate lawyer, Sherman Lenske. (Declaration, page 4, paragraph 10.)  The other one is the safeguard invested in CST, the options to purchase from RTC the trade secrets (i.e., confidential materials) and trademarks of Scientology. (Ibid.)