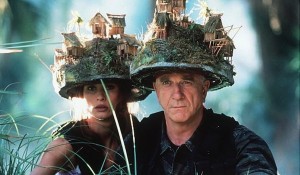 In our most recently article we defined black propaganda and quoted LRH for the two reasons people engage in it.  The article was timely.

In the past 24 hours, reports have flooded into Religious Liberty League about so-called interrogatories asking insinuating questions about various named field auditors.

For instance, one question is: “Are you aware of any attempt by _______ (field auditor) to make less of LRH or his tech?”

The same questions were asked about different auditors in separate emails, and the thinly-veiled OSA (Office of Special Affairs) operation was done under the guise of “Ty Jones” on behalf of the supposed “Scientologists Coalition for Standard Tech.”

This is an example of black propaganda, albeit a third-rate one – it’s too obvious, and it represents an inverted reality: Miscavige is the one who has made less of LRH and his tech by altering and perverting it into a shadow of itself, and a form of reverse Scientology.

Let’s review HCOPL 11 May 71, Black PR, in which Ron states: “Anyone engaging in black propaganda is either using a wrong way to right a wrong or confessing he can’t make it in open competition.”

The second reason sets off the bells and whistles for us.  Altered tech at unreasonable prices with  relentless, heavy-handed grabs for donations and being told who you can associate with, what you should think and how your should behave, is a pretty tough sell against any competition, not to mention Standard Tech at reasonable prices, delivered in safe environments.

Apparently, Miscavige is feeling the heat!

We also notice what Miscavige is not doing.  No squirrel busters!  Been there, done that.  Fail.

Nor have any lawsuits for trademark or copyright infringement been filed against the open and notorious practice of the religion of Scientology in blatant disregard of the authority of the church.  There are multiple reasons for this.  Chief among them is his withhold from church members that he has altered the materials and no longer produces “the product of an org [, which] is well-taught students and thoroughly audited [parishioners]. When the product vanishes, so does the org.”[1][2]

In other words, the church under Miscavige’s rule is counter-producing the aims of Scientology  in favor of fancy (but empty) buildings.

Miscavige is the biggest squirrel of all!  And he will be promptly and thoroughly exposed in a lawsuit.

Whether this is by design or the result of ineptitude is beside the point of this article.  (But those interested in this question are invited to read, Arrows in the Dark.)

We view this email blast campaign as an act of desperation. Just noise. The solution to which is: