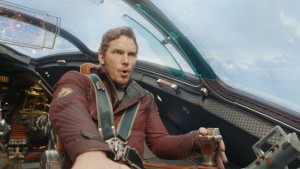 “Scientology will decline, and become useless to man, on the day when it becomes the master of thinking. Don’t think it won’t do that. It has every capability in it of doing that.

“… So anybody that knows the remedy of this subject, anybody that knows these techniques, is himself actually under a certain responsibility – that’s to make sure that he doesn’t remain a sole proprietor. That’s all it takes, just don’t remain a sole proprietor. Don’t ever think that a monopoly of this subject is a safe thing to have. It’s not safe. It’s not safe for man; it’s not safe for this universe.”[1]

Hasn’t Scientology become the master of thinking? Members of the church are told who they can associate with, what is good and bad behavior, how the technology should be interpreted and applied, what they can read, and so on. Hasn’t Scientology declined because of it? Could it be that the Old Man was right, that the key to preventing this situation is to make sure no one becomes a sole proprietor?

Yet, within years of his departure this is exactly what happened.

So now what? We hear from many Scientologists who at least roughly agree with our assessment but are hopeful something might change. Some await “a leader;” some are in apathy, some in fear.

LRH states our view of it:

“The best way to know any future is to cause one. And that’s why, you see, when you start consulting the oracle at Delphi, you’ve taken a step downhill. You have assigned cause for the future elsewhere…

Our History – a Summary

We started many years ago following policy and writing reports, and discovered it wasn’t wanted, we had counter-intention, were engaged in “reverse management,” and were not in alignment with “command intention,” which we figured out was the intention of upper management, not that of LRH as expressed in the scriptures of Scientology. We set about isolating the source of this out-tech, off-policy point of view. We had more than our share of security checks and Office of Special Affairs ethics handlings in the process – it was not safe to take responsibility and speak up, another bad sign.

The revelations of former high-ranking Sea Org international executives reported in the Truth Rundown explained all of the outpoints we had seen and reported, and pointed to one person: David Miscavige. He had assumed total dictatorial control and ruled like a mad tyrant, even bullying and physically beating staffers, degrading them.

We watched events play out. Rather than confront and handle the accusations, the church – which we now knew was really just Miscavige, a sole proprietor – vehemently denied the accusations and attacked back, calling them liars, apostates, and sundry names. The general public wasn’t buying it. Predictably, the bad media escalated.

We put our heads together. We were lawyers, professionals who knew how to defuse the situation: conduct an internal investigation into the allegations, independent of those accused of wrongdoing.

We decided to write a letter to selected church leaders and lawyers. One of the three lawyers, Jim Jackson, heroically agreed to use his letterhead. The letter was ignored. We did our own policy research and determined that Executive Director International (ED Int) was the convening authority for worldwide matters, so we asked that he call for a Committee of Evidence. Again, no reply. Then we learned that ED Int was in “the Hole,” a prison-like facility at the International Base with iron bars on the door and windows. He had been banished there by David Miscavige. The ethics and justice codes of Scientology had been subverted. We had reached an ecclesiastical dead end.

Our attention turned to secular law. By law, the boards of directors of religious corporations must control them, not one person. Also, tax-exempt status requires some form of checks and balances. As we researched into LRH’s estate plan and corporate plan for the control of Scientology, we wrote more letters.

All our letters were ignored.

We then publicized our findings through SaveScientology.com, an anonymous site. Each one of the original three lawyers was eventually summarily declared. No written reports. We were not confronted with specific charges. There were no Committees of Evidence, though two of the three requested one. We were not even given copies of the declare orders. Other Scientologists, including family, friends and business associates and clients were notified by the church and told to disconnect from us.

As we had learned earlier, the church was no longer practicing Scientology; it was rule by fiat, using rumor, whispering campaigns, hidden data lines and unwritten policy.

In order to advance our efforts it was necessary for us to remove the veil of anonymity. Two of the three original lawyers have gone public. Merrell Vannier wrote his autobiographical book, Arrows in the Dark, and created Religious Liberty League, a non-profit, tax-exempt organization.

Jim Jackson told his story to the Tampa Bay Times, which can be viewed here. And he has published the letters. View them here.

How to Write Your Own Letters

Scientologist readers who feel that the “church” of Scientology is no longer coterminous with the “religion” of Scientology, and who want the trustees and directors of CST to wear their hats and conduct an inquiry into the situations we identify in our letters – or to determine whether the church is “co-terminal” with the religion of Scientology – can also write to them and register your concerns. In fact, your letters may later become evidence and provide a significant boost toward reform.

Essentially, we are on a bypass of David Miscavige and the trustees and directors of CST, doing our part to create a safe environment for the religion of Scientology and change the message of Scientology from one of control, enforced reality, oppression to families and hate to the true one of Affinity-Reality-Communication, understanding and self-determinism.

We do this because we know the technology and are under “a certain responsibility…” to make sure that David Miscavige “doesn’t remain a sole proprietor” of it.

We could use your help.

End Notes:
[1] LRH, 1952 lecture, Formative State of Scientology: Definition of Logic
Image used for this article is from a scene in the movie “Guardians Of The Galaxy,” a Disney – Marvel/AP Photo