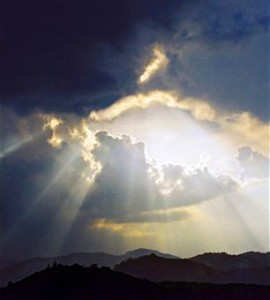 This is a follow-up to our previous article entitled, “Breaking the Monopoly.” As with it, this one will be clarified in the coming weeks as we break news that fills in the blanks.

First, we want to clear a false datum. Something can be done about the current situation regarding Scientology – something positive and constructive. There is an alternative to the Miscavige madness that is not equally as mad.

“The definition of invalidation is making somebody realize he can’t do something about it.”[1]

“[T]his is the biggest trick that your real entheta[2] boys use. They get people to go around admitting that they can’t do anything about things.”[3]

As a point of fact, there are people doing something – and succeeding at it!

The following quotations by L. Ron Hubbard will be tied together in our concluding commentary:

1. Excerpts from The Anatomy of the Spirit of Man Congress tape lecture #15, What Scientology Is Doing – Organizations, The Control & Division of Man, given on 6 June ‘55:

I would be a very sad man to realize, after years of work, that we had created not a greater freedom in the society but a stronger and more powerful organization in place of existing organizations…

And I believe that the freedom of the material which we know and understand is guaranteed only by a lightness of organization, a maximum of people, good training and good, reliable, sound relay of information. And if we can do these things, we will win. But if we can’t do these things, sooner or later the information which we hold will become the property of an untrustworthy few. This I am sure, because it has always happened this way. But that’s no reason it has to keep on happening this way.

Scientology, well understood, is a very powerful thing. Well used, it can do a great deal for the social order and for the individual. Poorly relayed, poorly communicated, monopolized or used exclusively for gain, it could be a very destructive thing.

We need a better social order, and not one or two better individuals, and a better organization. And when an organization gets into the fantastic levels of being above reproach, or when an individual sets himself up as so infinitely superior to his fellow man that he cannot be touched, chaos no matter at what distant date is bound to ensue. Do you see that?

But we do not, I repeat, do not separate them from Scientology or Scientology organizations, nor at any moment fail to give them organizational support or cooperation in the starting of any new activity in which they wish to engage for the benefit of Scientology. You got that?

In other words, the arduous lesson along this line is that no-communication lists, revocation/suspension of certificates, court action of any kind whatsoever within the realm of Scientology and so forth is not only… not only difficult to do, but does not work.

That’s just the end of it. It just doesn’t work. It’s for the sea gulls. That might work in… Westinghouse but it doesn’t work in Scientology. Got that?

It’s because they are people of good intention. And by saying that these people are not fit to associate with us anymore, we have told a lie of magnitude. This is not true. It’s never true. You got it?

Our inability to understand the actions of other Scientologists has a very fascinating barrier. The limitation on our understanding is simply this: we say they have bad intentions, and that is a lie. Got it?

So the whole situation is liable to enturbulate around that postulated bad intention. That’s what enturbulates the situation. That makes a lie.

The situation then becomes unsolvable. Because we’ve entered a changing factor called a lie into it.

This guy says he’s been hurt, he’s screaming to high heaven, let’s try and give him a hand.

In view of the fact that he’s in Scientology the probability is that he’s – actually has been hurt. See? He probably…that’s the… the probabilities are very in favor of that…

Well, I hate to unsettle a very stable datum, if it does unsettle it. But the only way anything ever does resolve is by letting your own kind heart reach through. That’s the only way it ever does solve.

And it never solves by being tough.

3. From the HCO Manual of Justice:

“You punish a man. He goes away to join the ranks of the squirrels.

“You swell the opposition. Don’t do it.”

4. “A militant org attitude to keep the field straight is silly.”[8]

“So my own philosophy is that one should share what wisdom he has, one should help others to help themselves, and one should keep going despite heavy weather for there is always a calm ahead. One should also ignore catcalls from the selfish intellectual who cries: ‘Don’t expose the mystery. Keep it all for ourselves. The people cannot understand.’

“But as I have never seen wisdom do any good kept to oneself, and as I like to see others happy, and as I find the vast majority of the people can and do understand, I will keep on writing and working and teaching so long as I exist.

“For no man has any monopoly upon the wisdom of this universe. It belongs to those who can use it to help themselves and others.”

These LRH insights explain the current, highly fractured situation in Scientology today. People punished and cut loose from any association with the organization or its members, told they are not fit to associate with. This includes people who want to use the technology to help themselves and others.

We’ve created not a greater freedom in society but a stronger and more powerful organization in place of existing organizations – i.e., missions and some churches. An organization that is above reproach and Miscavige has set himself up is an individual so infinitely superior to his fellow man that he cannot be touched.

So, naturally, chaos was bound to ensue.

They also offer the keys to advancing the religion of Scientology from an organizational or management style perspective.

We can look back and see what worked to create successful missions and churches, which was delivery of standard Scientology technology on a very personal level in a safe environment. No additives or cutatives. Having attention and intention on individuals receiving the full benefits of the technology.

Then, using the quotations above as a guide, look back on what created the fractured field and the resultant chaos, and…

Don’t do those things.