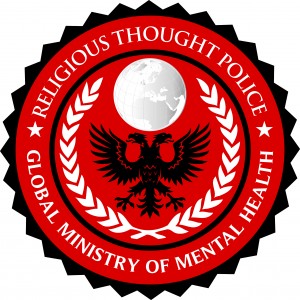 Why can’t the major media and critics of Scientology see the difference between a religious philosophy and the abuses of an institution acting in the name of the religion?

They can, and do, for other religions. Seems simple to do so.  A high IQ is not required.

Example: Islam.  A peaceful religion.  It ushered in great advances in mathematics and science. Its members boast of its benefits.  Yet bad things have been done in the name of Islam.  Witness the Islamic crusades. The religion has also been perverted.  The Wahhabi sect in modern times treat women as subjects, behead Christians and political dissidents, and engage in terrorism.  Yet many in the media – with notable exceptions – refrain from attacking the religion and its adherents, and caution Americans against doing so.  Instead they target the radical groups such as al Qaeda and ISIS who act in the name of this distorted form of Islam.

Example: Christianity.  Similarly, a message of peace that has brought comfort and hope to billions of people across the ages.  Yet when multiple Catholic priests from different dioceses were charged with  pedophilia, the mainstream media did not call for the Church’s tax-exempt status to be revoked or deride its religiosity.  The media exhibit an ability to differentiate from occasional lunatic leaders like Jim Jones and David Koresh – and, when speaking historically, do not lump the brutal and corrupt regimes of some popes into the philosophy of Christianity.

One answer, of course, is the difference in the number of the adherents.  Bullies never take on people their own size or bigger.  Another answer is given in a Bill Maher joke about the difference between a religion and a cult: time.  It took the Mormons almost a hundred years, its own territory/state, millions of members and a political presence to throw off the cult label, although many Christians, particularly evangelicals, still consider it a cult, and of course, the Mormons have their own “cults” with child brides, Warren Jeffs, and others.

Scientology faces all of these base prejudices.  The current leader of the church of Scientology, David Miscavige, has perverted the original religious philosophy, abused its members, and adopted draconian, oppressive policies (e.g., “Disconnection”).  Miscavige only acts in the name of Scientology, however; he is not Scientology.

As with any religious philosophy, good or bad can be done in its name.  Some people have the ability to recognize differences.  Two things, in our view, prevent otherwise smart, sane people from doing so.

One is prejudice.  The other is propaganda.

Prejudice can be deep-seated, and widely shared among the populace.  Throughout history,  majorities of any kind have been very cruel and intolerant toward minorities.  Every minority, from race to religion to sexual orientation to… you name it, has had to fight for recognition, respect, tolerance and inclusion.  This is part of life on planet Earth.

The propagandist fans the flames of prejudice in the general public to achieve his or her agenda.

A Brief History of Attacks on Scientology

Scientology is a new religion.  Obviously.  Its origins date back to 1950 with the publication of Dianetics, by L. Ron Hubbard.  The book isolated the source of human aberration and psychosomatic ills.  Moreover, Hubbard gave ordinary people a technique they could use on one another to reduce or eliminate entirely these unwanted human conditions.

It became an overnight sensation, jumping onto the New York Times bestseller list.  Dianetics groups sprang up across the nation, and quickly extended to other parts of the English-speaking world.  Tremendous results were obtained and the word spread.

And then the mental health authorities entered the picture. Through their media and political connections they launched a black propaganda attack on Hubbard and Dianetics.  (Black propaganda “is that which is produced and distributed with the intent of subversion.”)[1]  Among other things, they went after individuals for providing mental health counseling without a license.

It is important to note that these attacks occurred before Dianetics evolved into Scientology; before a church was formed; before there was a Sea Organization; before confidential upper levels were released; before the Guardian’s Office existed; and before David Miscavige took over the church and ushered in a “Golden Age” of Scientology.

The only reasons Scientology survived the onslaught were because: (1) it became a church and obtained religious status through various court opinions, including the United States Supreme Court, and (2) it fought back.  True, in the battle the church erred.  But then, so has every minority group that has had to fight for its survival.

The black propagandists and their media whores realize the importance of Scientology’s religious status, so now they seek to undo it with calls for revocation of its tax-exempt status.  Were they to succeed, they would then seek to regulate Scientology, first by lawsuits for malpractice, using agreed upon mental health counseling standards, and ultimately by laws requiring counselors in Scientology technique to be licensed mental health care practitioners.

The goal of the black propagandist was then, and is now, no matter the changing rationalizations or circumstances, the containment of the technology of Scientology.

There are two reasons why people engage in black propaganda, according to Hubbard.  One is a confession that “he can’t make it in open competition.”[2]  This applies particularly well to the Mental Health profession.  It can’t compete openly with Scientology technology.  The demand for psychiatry and psychiatric drugs would plummet, if not cease to exist, if the general public were to learn the benefits of Scientology technology when correctly applied.  Therefore, they have to mischaracterize it as science fiction masquerading as a religion and, most importantly, discount its workability.

In this regard, they speak as religious thought police, declaring what is, and is not, acceptable religious material.

Incidentally, whether past lives or the confidential levels of Scientology or any other part of the religion is unreal has nothing to do with religious status.  The question is, rather, whether it works; that is, was a spiritual benefit derived from the application of the technology in the estimation of the parishioner.  And this question is not fully answered just by those who failed to achieve results.  The investigator who only wants to hear from one side has an agenda.  In that case, he is not an honest investigator, he’s a propagandist.

The Role of David Miscavige in the Black Propaganda Against Scientology

The other reason given by Hubbard for why a person engages in black propaganda is because he or she is “using a wrong way to right a wrong.”

Never has the church had so many former members on a rampage against it.  In Scientology jargon, the size of its ARC broken (i.e., pissed off) field is at an unprecedented level.  Hubbard lays the blame for an ARC Broken field squarely on the shoulders of church leadership.[3]

And since there is only person who runs – indeed, who micromanages – all of Scientology, that person (David Miscavige) is responsible for the wrongs against former members.

That these abuses and wrongs have occurred is beyond serious question.  There are too many detailed, verifiable stories being told.  For example, the policy of disconnection is real.  Families have been torn asunder.  Severe emotional damage has been caused those affected by disconnection.

The technical failures are real, too.  One only has to open their eyes or ears to read or hear some persons say they did not receive the benefit they expected, breaking Scientology’s most basic policy to always deliver what was promised.  Religious benefit is in the eye of the receiver.  Just as critics should accept the claims of benefit being made by Scientologists so should the church accept the claims of lack of benefit being made by some former members.

This is on Miscavige.  He has made Scientology into what is currently delivered by the church.  The so-called Golden Age of Tech was supposed to make “perfect auditors.”  Instead it has made robots who might be perfect in technique, but are devoid of auditing basics, such as judgment and the communication cycle, which are both essential for good results.

But just who is this guy, David Miscavige, anyway?  Is it possible that he is doing to Scientology on the inside of the church what the black propagandists are doing on the outside?  Is there a common source to the black propaganda campaign being waged against the church, giving the religion a good ole one-two punch from both sides?

These questions are addressed in the book, Arrows in the Dark.  The reader is left to form his own opinion.  Ultimately the motive doesn’t matter; the damage being done is clear.

As the religion of Scientology gets pummeled, Miscavige refuses to apply church policy, such as the ones mentioned above and elsewhere on this site, and on its predecessor site, SaveScientology.com.  A manager of any major organization with half a brain would address the claims of critics and separate out the fair ones from the propaganda, then address the former, and thereby deflate the latter.

That David Miscavige refuses to do this is telling.

But Miscavige and his twisted use of Scientology techniques to control and dominate people is not the religion of Scientology, which is a religious philosophy intended to restore a person’s self-determinism and assist them lead better, happier lives. And tens of thousands of people have received this benefit.