The Free Practice of Scientology 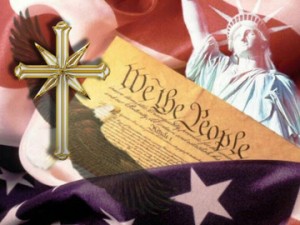 The best way to practice Scientology is to do so openly… as a religion.

The First Amendment to the United States Constitution recognizes the inalienable right to freely practice one’s religion and prohibits the government from establishing (or favoring) one religion over another.

The use of source materials in a religious setting likely will be legally sanctioned, at least in the United States, so long as it is clear to the general public that you are not affiliated with or sanctioned by Church of Scientology International (CSI). David Miscavige cannot dictate by arbitrary decree who can and who cannot practice the religion; he can only control membership in his church. For the courts to uphold his edicts would be tantamount to the government limiting the right to practice Scientology to those approved by Miscavige.

The Religious Liberty League has multiple law firms on retainer for the express purpose of protecting the free practice of Scientology. We encourage practitioners to notify us if you receive a cease and desist letter or other legal threat from Religious Technology Center (RTC, the holder of Scientology trademarks and trade secrets) or Church of Spiritual Technology (CST, the owner of LRH copyrights).

The legal issues involved are complex, but the battle to break the Scientology monopoly can be won – and must be, in order to preserve the technology that has been altered inside the church, producing tech failures by the score and, significantly, are not producing real OTs.[1] (How can one who has ceased to look and think for himself possibly achieve such a high state of spiritual awareness?)

The church no longer offers the original OT levels, which attracted tens if not hundreds of thousands of people into Scientology in the late 1960s, and the church hasn’t offered them since the late 1970s, giving them a fleeting existence. Could their introduction explain the heavy counter-intelligence campaign waged against the church? The Guardians Office – the management counter balance to the Sea Organization – was heavily infiltrated by government intelligence agencies, weakened and made vulnerable to a takeover by David Miscavige. The culture of criminality inside the G.O. was “rolled back” by an internal investigation to two major figures (neither of whom were indicted) and then the matter was dropped. All this is described in the book, Arrows in the Dark. Did the government install “their man”? Will the original OT levels rise again? In a big way, we mean, with a strong movement behind them.

We’re sure we speak for many Scientologists practicing the religion outside the church when we say that users of copyrighted and trademarked materials (i.e., scripture) are willing to provide legal consideration for their use. In legal terms, many users are willing to enter into license agreements – provided sufficient protections for independence are assured. (We have a framework in mind that has a chance for success, but it is premature to discuss.)

The simple fact is that no person or agency less than God can dictate who can practice this or any other religion. History has proven this fundamental truth. It now repeats itself.

At some point, however, the window for reconciliation will close and the church of Scientology, like the Roman Catholic Church before it, will splinter into a thousand pieces.

And history will record that it occurred on the watch of David Miscavige and the special directors of CST who enabled him and breached their fiduciary duties in the process: Sherman Lenske, Stephen Lenske, Lawrence Heller, and Monique Yingling (successor to one of the latter two.)
________________________

END NOTE:
[1] OT stands for Operating Thetan. In Scientology thetan means spirit or soul in other religions. In Scientology you are the soul. You don’t have one. The state of Operating Thetan refers to a state of awareness of his spiritual self and the ability to operate free of the body, the body’s limited senses (e.g., sight through eyes, etc.) and ability (e.g., physical mobility, etc.)